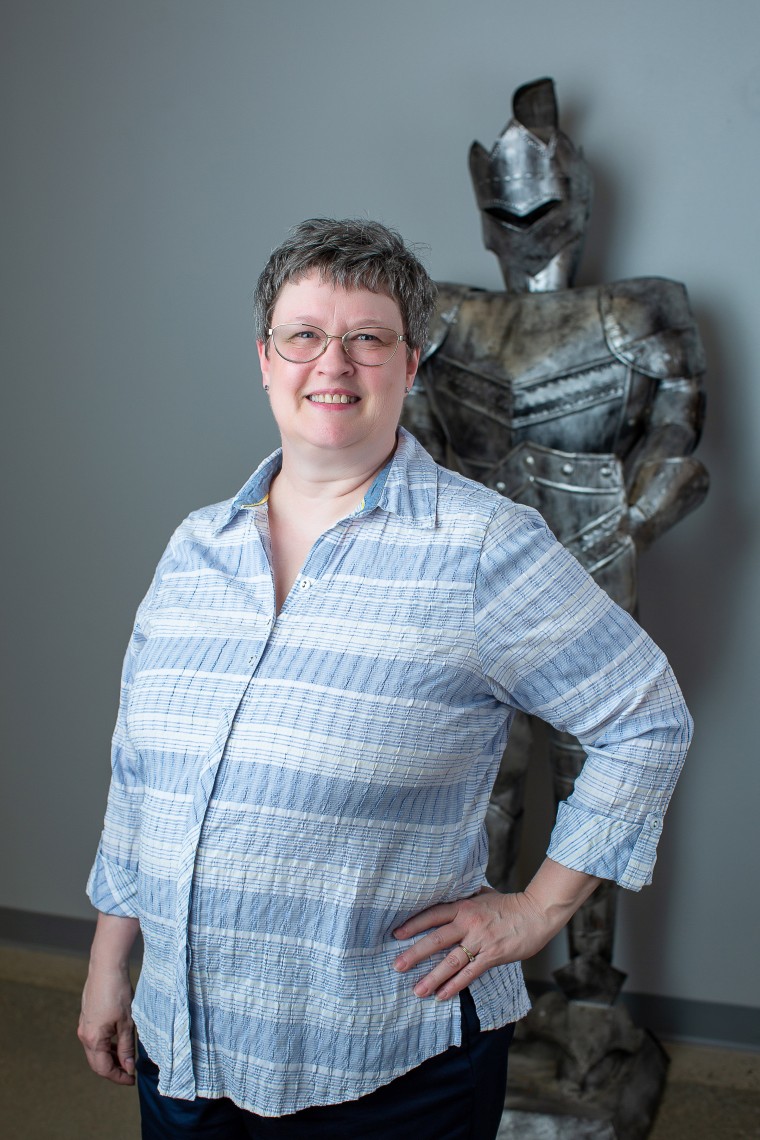 Sharron came to the school as a volunteer in 2006 when her daughter, Lindsey, started attending here as a freshman. She started in the kitchen cooking meals and cleaning up afterwards. Her son, Jacob, came in 2007 as a freshman while she was still volunteering in the kitchen and cleaning bathrooms, with one day a week in the office. Sharron was a volunteer up until 2010 when she was asked to work part time in the office and eventually this went to full time.

She’s proud to say that both her children are Valley Lutheran graduates, and they have a true love for their school. They both have told her that they are thankful that their parents made the decision for them to attend Valley Lutheran. She has been married to her husband Dana for over 30 years. They both are members of Ascension Lutheran Church in Waterloo. She enjoys spending time with her immediate and extended family.

When asked what the best part of following Jesus is, she replied, "Not having to fear for my future or my families future. I know where we are going and that is because of Him!"